I’m going to straight-up say it, because I’d be dancing around the matter if I don’t. What my guy-friends, and myself, think of when we hear the word ‘male’…is penis. I can confirm this as a trans man, because that’s probably going to be one of the biggest milestones in my transition, as it would for many other trans men. Achiever of the wiener. The cis-guy ding-dong, the Charlie, the cock, the gun; whatever word you want to call what should be in my pants, but ultimately I’m talking about the cis dick. The full-package of glory.

But, between the stages of packer and post-op is the under represented prosthetic and along with this, why my cis-guy friends envy me. It’s what a cis guy lacks: the catalogue of peni.

Perhaps you’ve seen the Rick and Morty episode where Jerry is donating his penis to an alien king and is presented with an entire book of replacement options, exciting his wife. I must say, however, this is what shopping for a prosthetic dick is like. It’s often how I describe it to people in real life, too…I should probably stop doing that, it’s a strange image. Ultimately, what I’m trying to get at, is having a wide-choice of penis options is a huge (teehee!) benefit and my guy friends always get trans-envy. 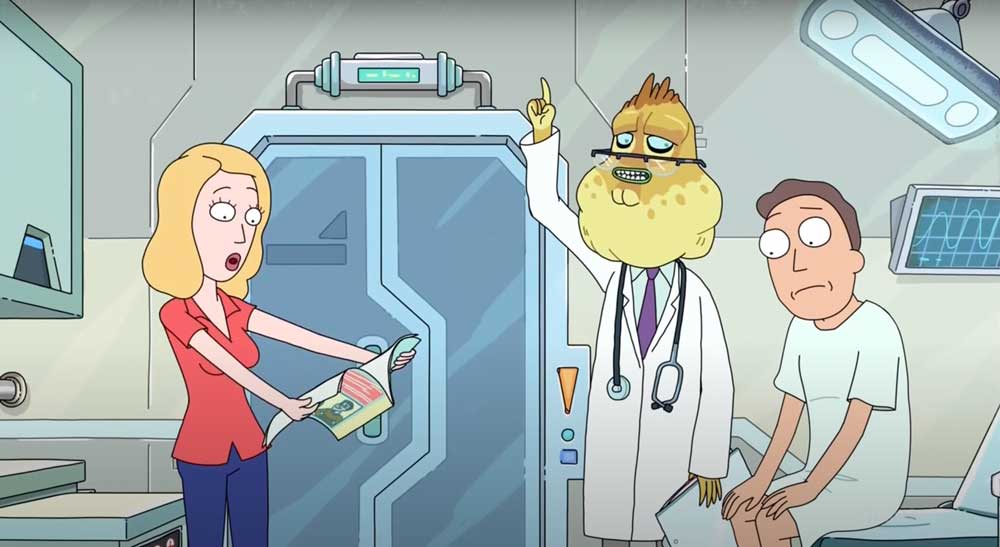 I would say I’m an optimist, and although I can’t wait for the day I pack up the prosthetics for my own attachment, I will miss the choices I could have. Am I going big for the day, or small; will I need to pee, or just bulge; should it vibrate, or be still; should I go detailed, or simple; do I want to show off a twlever to the lads, or stick to my daily four? These are the choices cis men aren’t privileged enough to have.

Even if you can’t afford to have boxes of options, and I certainly can’t either, remember that whatever prosthetic you choose is yours. You chose the shop, you chose the size, you chose the design. That’s something a cis-guy can’t do. They’ve got what they were given. You’ve got a catalogue.

If you’re looking for affordable, well-crafted and ergonomic, I highly recommend Transthetics. They might not present them to you in a catalogue-format like Jerry was, but they sure give you options. A dick for every occasion so to speak, be it for writing your name in the snow (the EZP) or sexy time with an added buzz (the Joystick), their prosthetics are super well thought out in terms of both form and function. So, good luck on your adventure, and don’t be afraid to whip it out…when appropriate.

This is part of a series of anonymous, personal Transthetics* short stories. If you have a story you’d like to share in around 500-1000 words, email it to transthetics@gmail.com. If your story is published, you’ll receive a $150 voucher towards any Transthetics product.

*The story should reference Transthetics and/or one of its products in some way, shape or form.