As a natal male, positioning your package is just one of those things that you figure out as you go through life, from when your parents put you in diapers through that puberty growth spurt and those embarrassing woodies, and into adulthood, but as a trans man, going from having nothing to a substantial bulge in your pants, it can seem a little confusing as to how one “packs”.

And of course, there is no one right way, and every packer is designed differently, as well as it being largely (pardon the pun) a matter of personal preference, but in this post, I’m going to be talking firstly about the EZP and the EZP Junior, and secondly about the Rod and the Hot Rod and lastly, the Joystick. I will also be shedding some light on the effects of underwear and gravity on biological willies.

Firstly, let me say, the EZP and EZP Junior stand to pee packers are designed to “pack up” not “pack down”, ie with the shaft sitting up the pants in order to allow it to hold its natural position as much as possible. Wearing it any other way, will over time cause stress bends and warping of the material and will compromise its functionality as an STP. If you want to see more specific demonstrations as to how it is designed to be packed with and used, check out this EZP demo video. Personally, I tend to go a bit sideways to my left, as I find this more discreet than straight up and this also makes it easier to access quickly through side slit underwear. This is also a big part of the reason why it is such a compact size, as anything larger, just doesn’t really work well “up the pants”. For me these days, the EZP Junior is actually my go to device rather than the EZP as I want my packer to be as unobtrusive and discreet as possible and when I wear the Junior, I’m not even aware it’s there.

Most natal guys learn very quickly when they hit puberty, that packing “down the pants” will result in a tent pole in the pants when it comes to spontaneous erections. Hence most guys understand early on that their waistband serves more purposes than just holding their pants up. Here’s an entertaining yet informative little video that I thought some of you might find useful.

Well, as many a trans guy will be quite surprised to hear, when a natal penis is supported by underwear, it just kind of snuggles up on top of the testicles, as it’s pretty soft and squishy most of the time and hence, only takes up about an inch or so when neatly tucked away in place behind underwear with a lot of the shaft actually receding into the body. The average natal man’s flaccid penis is about 3 inches when pendulous. That means, affected by gravity.

When I first started taking life casts of my natal male friends, I would literally get them to dip their junk in casting agent, ie suspended in liquid, and was actually quite surprised at just how consistent the size of a guy’s penis is when suspended in liquid of a consistent temperature. Again, I’m sure most trans guys would be very surprised to hear, that the shaft length for every single person I took a cast of, was about two inches measured from the longest point (ie from the base of the testicles to the tip) even when there was fairly significant differences in size when they where just standing naked in front of me, and hence my realization that a lot of what accounts for differences in penis size, is actually how much they are affected by gravity ie droopiness.

Yes people, you heard it here first. When it comes to comparing the size of flaccid penises, you’re actually comparing droopiness versus size. Some willy casts taken from my natal male friends. The only thing that accounts for the difference in size in this pic, is foreshortening, angle and perspective of the shot.

Generally, guys also find that their little guy has a tendency to prefer to sit to one side more than the other, hence the way the majority of natal men “position themselves” is with the shaft sitting kind of up and to the side a bit. This makes it easy to deal with spontaneous erections if and when they happen, and it’s just the most comfortable way, at least according to the random sample of natal men I’ve asked about this. This is also how I recommend packing with the Rod and the Hot Rod. Though some people like packing “up the pants” with the Rod, the Hot Rod is just too big for this, and off to the side, is really the only comfortable option. If you’re wearing very loose pants and boxers, then it’s also possible to just let everything hang but this is pretty risky given that these devices are prone to detaching. Again, if you’d like to see them in action, check out the Rod and Hot Rod demo videos.

Lastly, the Joystick is designed to be packed ideally without the insertable vibe. That’s not to say you can’t pack with the vibe inserted, but you’ll most definitely know it’s there if you do. If you’re wanting to pack with the vibe inserted, I’d recommend the 6″ over the 7″ as it’s just more comfortable and discreet. The idea is, that the majority of the shaft ends up sitting between your legs and the tip sits “up the pants”. Then when you’re ready for sexy time, you just pull it forward and over the waist band. Here’s a pic of how it looks when packing with it (in this pic you’re looking at the 7″ Joystick without the vibe inserted.)

Here’s also a pic of what I mean by “going over the waistband” but as this is most definitely not safe for work, I’ve just made it a link instead of embedding it in this post. Essentially you can use any snug fitting underwear and it simply requires a small loop sewn into the crotch which cinches around the neck of the vibe to hold everything in place. If you want to know more, here’s a demo videos on customizing underwear for the Joystick and there’s also a general product overview video here. The nice thing about packing with it prior to sexy time, is that the silicone, and anything you’ve put in the ejaculation/lubrication reservoir will be at body temperature, making for a very natural feeling experience.

So anyway, I hope I’ve managed to shed some light on various packing methodologies, be it with flesh or silicone, employed by people the world over :) 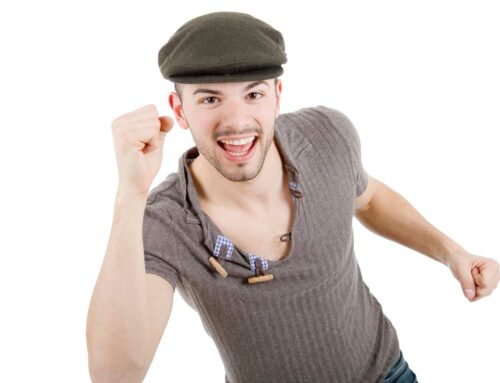 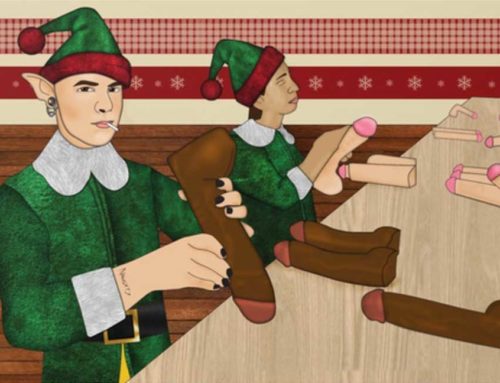 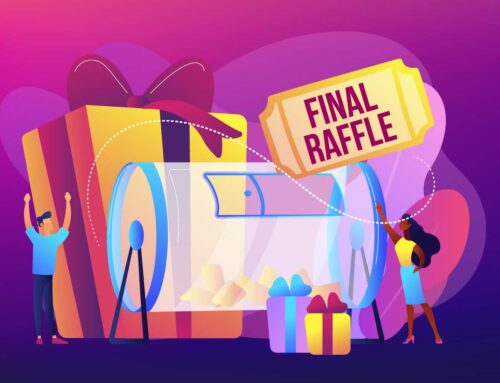